MicroPython Programming Tutorial: Getting Started with the ESP8266

What You Will Learn:

Python is a very popular and practical high-level programming language. But in the case of programming the microcontrollers, other programming languages ​​are more common than Python due to their high speed and proper processing power. MicroPython is an open source implementation of Python 3 that includes a small subset of Python standard libraries and is optimized for execution on microcontrollers with limited ROM and RAM. This version of the Python language is designed to have high speed and be used to communicate with some microcontrollers such as pyboard, Wipy, ESP32, ESP8266, and MicroBit. 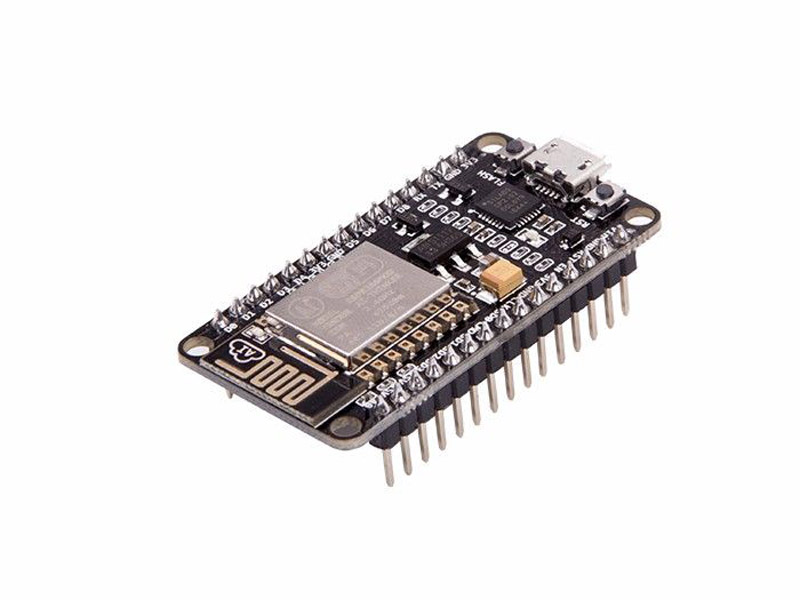 We preferred to use ESP8266 for MicroPython programming rather than other microcontrollers. The advantages of using the ESP8266 module are having  Wi-Fi connectivity for Internet and network connection, including a powerful controller with high RAM and its affordable price.

As the first step to run the Python script on the ESP8266 module, you should download the MicroPython firmware for ESP8266 and upload it on the board.

You can download the ESP8266, or other microcontrollers firmware, from the following link:

After downloading the firmware, you should upload it on the board. In order to program the ESP8266 module you need the ESP8266Flasher, which you can download  from the following link:

To enter the MicroPython programming environment or REPL(Read Evaluate Print Loop), you should use a serial terminal. We have used the Putty software to communicate with the ESP8266 on Windows. You can download the Putty software from the following link as well:

Now that you have downloaded the required software, you can program the ESP8266 as it is shown below: 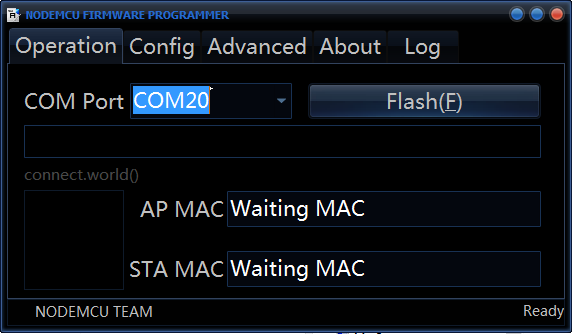 2. Now add the path of the firmware of the module that you have just downloaded, in the Config menu. 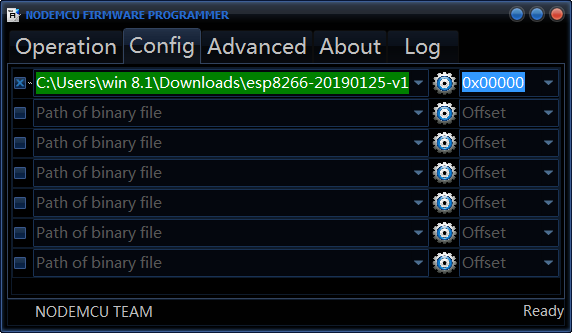 3. Now click on Flash to install the firmware on your ESP8266 module. 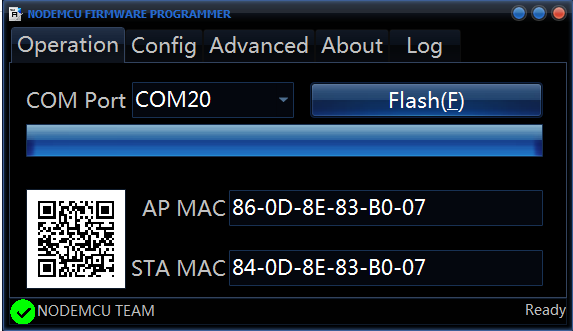 After installing the firmware, you should set the following configuration for the Putty software to enter the REPL. 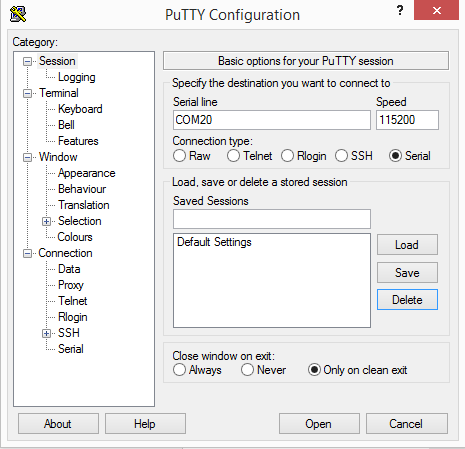 2. Now click on the Open to get a REPL command prompt. 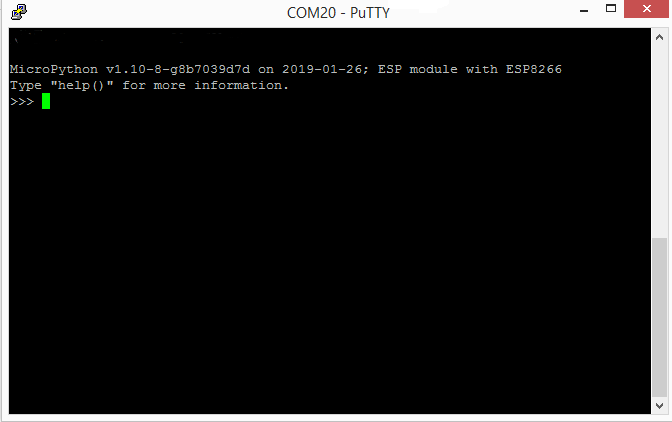 Cautiouns
If the text does not appear on the screen after entering the REPL programming environment, or you can not write any command in the command prompt, enter the Terminal section from the Putty settings and enable the Force – on option 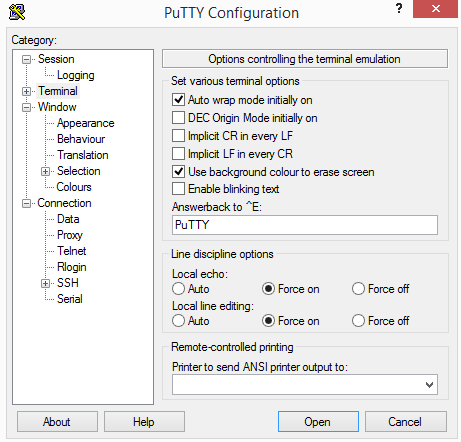 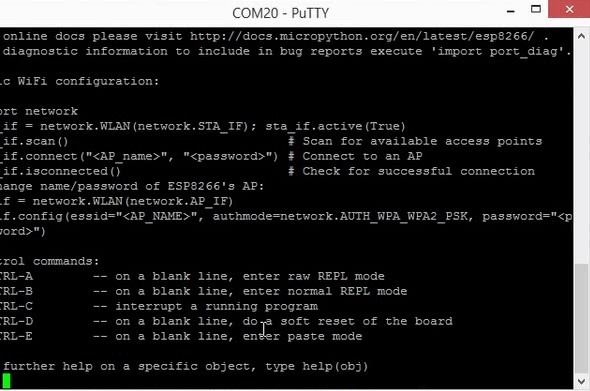 Follow the steps below to enter the WebREPL MicroPython programming environment:

3. Then you will be asked to set a password. You can enter your desired password after entering Y.

4. When you have done these steps, connect to the WiFi of the ESP module. Look for a WiFi network named micropython. The password is micropythoN by default.

5. After connecting to the WiFi, return to the WebREPL page in your browser. Click on the Connect and enter the password you chose before.

Success
Welcome to the WebREPL for MicroPython programming!

Turning the LED On and Off

Now we want to run a simple code to control an LED with the MicroPhyton. The ESP8266 has two LEDs on its board, connected to pins 2 and 16. To turn these LEDs on and off with MicroPayton, you need to control the input and output pins (GPIOs) of the module. You can use the machine library to do this.

Now you can use the functions of this library. The following command defines the pin2 of the module as an output pin:

You can turn the LED that you have defined above, on and off using the following commands:

Now we want to make a blinking LED by adding a key to the circuit. We need also the utime library as well as the machine library for this part.


When you program a code on the ESP8266, it will continue running forever! In order to upload a new code on the module, you need to use the sys library to end the previous code that is still running.

By connecting a key to the pin 0, you will be able to exit the previous code by pressing the key.

The sleep_ms() function acts like delay function and generate a delay in milliseconds.


For more information about MicroPython programming and its libraries and functions you can visit the following link:

Overview To write a code and upload it to your Arduino board, you need a PC or laptop. However, there... read more

Getting Started With Node-RED on Raspberry Pi

What is Node Red and how to control Raspberry Pi board using its GUI. read more

Overview In this tutorial, you'll learn how to set up a web server with ESP32 and create a web page using HTML... read more

Learn how to setup Raspbian on Raspberry Pi. Step by Step guide with Images. read more

At the end of this tutorial, you will learn how to program Raspberry Pi GPIO using Python 3. read more

How to Install Windows 10 IoT Core on Raspberry Pi

Overview In this tutorial, you'll learn about Raspberry Pi serial communication (UART), and how to connect your Raspberry Pi board... read more